Although some of the terminology may be hard to grasp, the Cisco phone setup process is not. There are some caveats, however. If you enter commands that are incorrect, you can damage your phone. Caution, as in all installations, is the key to success.

First, you need to set up an ephone-dn, which is a directory number. It records information such as label, number, description, name, and all of the options for forwarding calls. The name “ephone-dn” is an abbreviation for “Ethernet Phone Directory Number,” basically a number which will become an extension in the phone system. 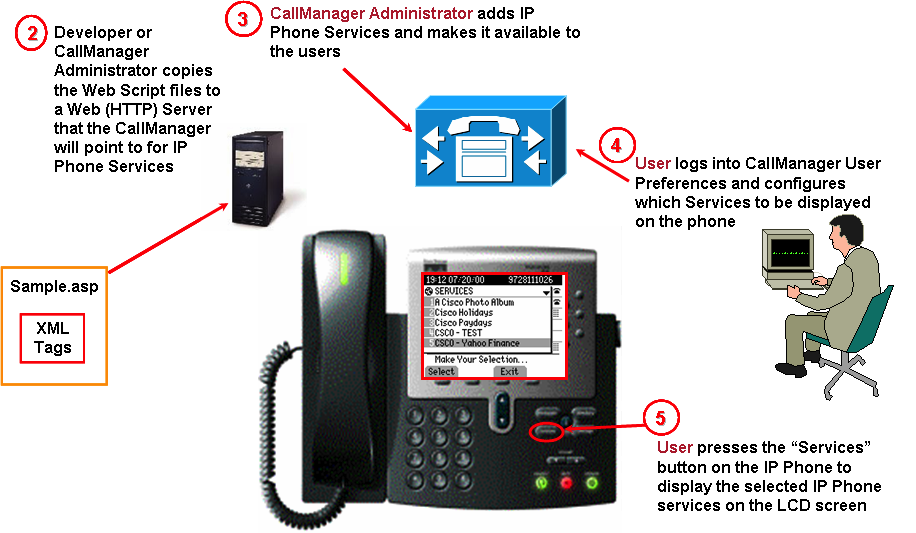 To do that, you need to get a program that uses the SSP, or secure shell protocol, to connect to another computer in a remote location. These software programs are called “SSH clients.” Some of these programs are available free of charge.

After logging in, enable the router. Next, enter the command: “hostname# configure terminal.”

For the next step in your Cisco phone setup, you will need to choose the number for the ephone-dn. You need to choose a number that is not yet in use on your system. If you already have six extensions on your phone system, for instance, you may want to choose “ephone-dn 7.”

Next, you need to set up your voicemail for that line. Suppose your voicemail pilot extension (the number that receives the voicemails) is 507. When Cal Westwood’s extension is busy, you need to tell the system what to do with incoming calls with the following command: “hostname(config-ephone-dn)#call-forward busy 507.”

If Cal isn’t in the office, he will need his calls forwarded as well. Use the command, “hostname(config-ephone-dn)#call-forward noan 507 timeout 24.” The last number is how many seconds you want the phone to wait before forwarding the calls. Each ring takes approximately 4 seconds. This timeout number, then, would allow the phone to ring six times before forwarding. If you want it to forward on 7 rings, enter 28 as the timeout number, and so on.

Next up in your Cisco phone setup, you need to associate the phone itself, using the software within it, called an “ephone.” (An ephone, short for “Ethernet phone,” is the software contained within each individual phone in a Cisco system).

Look at the back end of the phone itself. There will be an “address” consisting of letters, numbers, and dots.” That is called the MAC (media access control) address, which helps to identify each phone on a network. Enter the following command, using the phone’s actual MAC number instead of the one listed here, which is just for reference: “hostname(config-ephone)# mac-address 0123.4567.89ab.”

Next, you will create a one-on-one correspondence between the phone and its ephone-dn number (or extension) by using this command: “hostname(config-ephone)# button 5:7,” where the first number is the phone itself, and the second is the ephone-dn number, as above.

You can insert various letters and symbols to the above command if you want to create options, such as silent ringers, a line that permits you to see if a given line is in use, and many others. Consult your system’s user manual for suggestions to customize your system. Here’s just one of the customizations you can create:

If you want to have the ability to see if a line is in use, you will need to create a command to provide monitoring by using this command: “hostname(config-ephone)# button 1m5.”

Next, you will need to tell the system which phone you have. For example, if you have a Cisco 7965, you would provide the following command: “hostname(config-ephone)# type 7965.” Just substitute which model each phone is so that you can register it properly with the system.

Now it’s time to connect your phone to the network. Plug it into one of the network switchports. It will then boot up and verify your settings. Your Cisco phone setup is almost finished.

me#show running-config,” which will show your configured phone.Just follow these directions for each phone during your Cisco phone setup, and you should be up and running in no time.