The Cisco 7961 model from Cisco Unified is an important addition to their wide array of full-feature conference phones for office use. The phone has been designed carefully to include the requirements of people in administrative and managerial jobs. It surface of Cisco IP Phone 7961 has four soft key buttons that allows the user to access features such as placing calls, shifting between speakerphone, handset, and headset and control audio for calls.

The gray scale LCD screen is one of its best features as it offers high-resolution display and pixel-based screen. On it, details like the name of the calling party, number, the dialed digits, the date and time can be seen. 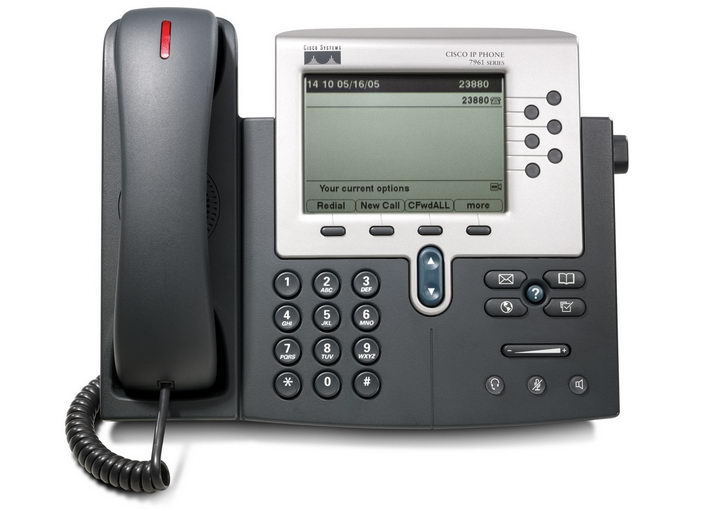 The graphic quality is sharp and detailed making the phone set look rich visibly. This is a great addition to your office desktop and will make it much easier to handle calls and hold conferences with clients over long distances.

The very idea behind using a conference phone is enhance your convenience and efficiency. The microphones attached to the set allow you to make long-distance calls on the speaker phone without distorted voices.

The microphones pick up voice sounds expertly and eliminate the background noise, resulting in crystal clear voices as if you were talking to someone in the same room. In fact, you can put the phone on speaker mode and have talk while moving around the room. The voice will not be affected and will be heard clearly on the other end. Here are some features of Cisco 7961 IP Phone:

Similarities and Differences between Cisco 7960 and 7961

Cisco IP Phone 7961 is a great fit for offices and work spaces which handle moderate amount of telephone. The installation procedure is simple and doesn’t take more than a few minutes. The controls and interface are user-friendly and anyone can learn to use them easily. This phone set makes it easier to manage and handle phone calls.